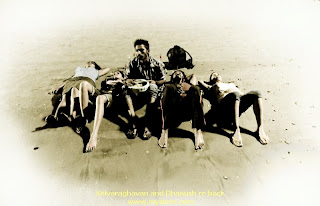 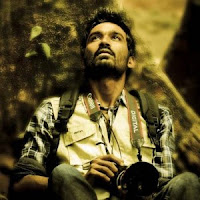 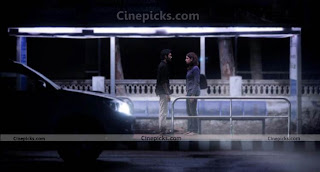 100 wedding invitations were taken in random and it was found that a significant amount of invitations had bridegrooms status as “ Research analyst USA”, “Post doctoral USA”, “MS USA”, “ whateva USA”.

Brain drain has officially became an accolade to our Indian brides. Business analyst of kalyana malai says dowry value increases when we stamp our country of education. I wonder if all the bright guys go bonkers with the foreign nation what India will be left with by 2020? Maybe after 30 years from now the next generation will be aware of Revolution 2020, rather vision 2020.

If this rate of brain drain doubles cumulatively then by the end of 2020 our national anthem will be changed like this,

US is my country


All Negros are my brothers and sisters


I shall always strive to be in touch through skype


I shall give my parents, friends, with latest iphones, ipods and treat everyone with san Francisco handmade chocolates


In their well being and stomach burning alone, lies my happiness

Our tamil kalacharam spreads in an unimaginable rate in US. Albums like ”am in my lungi”, “veshti in wall street” “Lungi il lagudapaandi” in FB clearly proves it. Our lungies and ‘angies’ should be patented because leaks form white house says Obama wears Ramraj Lungi during his personal trip and his wife prefers Aone nighties, one of Ob's favourite.

Some of our heritage foods like pan parag, jigarthanda, 420 and many more has a great demand in US and US plans to subside her recession by doubling the cost of these heritage foods items.

Watching this TR and Dr. Vijay joined the race too.

So let’s fight for the nation. Let us change our profile pictures to patta patties and ravikies to show our protest and unity. Guys wear those patta patties to office on all Fridays(am not sure about gals whether they would serve the nation by wearing Aone nighties). 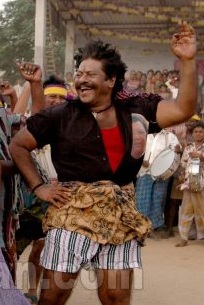 
those were the slogans and even more were raised for welcoming Google plus. The world expected google plus to outrage FB and slam Mark, the face of Facebook.

The stout guy with black coat, coolers and red cap along with a voluptous girl friend who fluants her belly was me. Atleast I have a girlfriend now.          (click pictures for an enlarged vision) 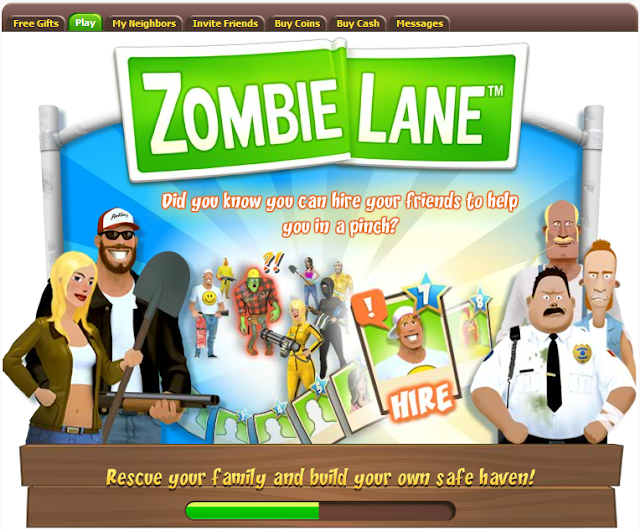 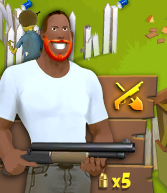 'What happened to my town? Where are my people? Why are those houses demolished?'  I was in a hyper active state, fraught with loads of questions,red hot in patriotism and a blood thurst to kill zombies. 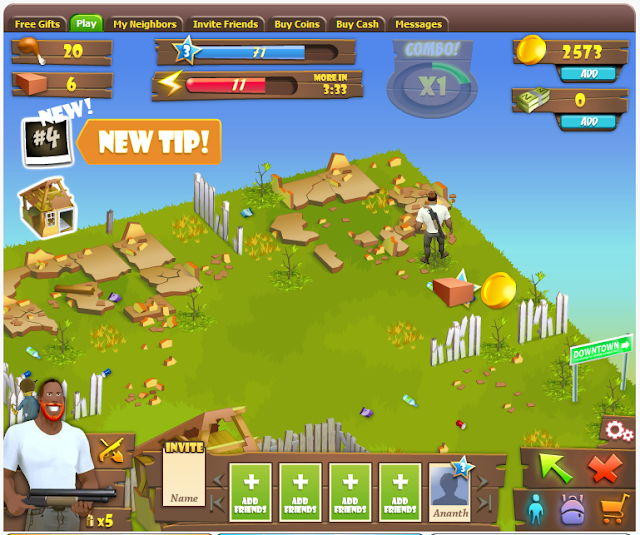 'I found you, you son of a zombie!!. How dare you destroy my mother land.' 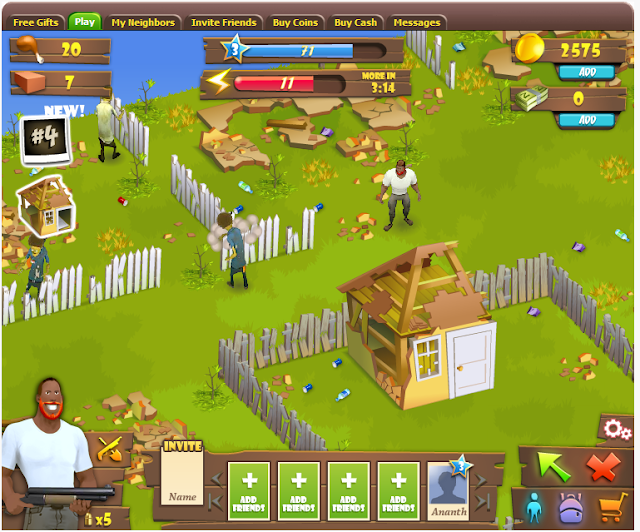 
Every zombie bequeathed a chip and star when killed.  Those chips were used for my energy as well as for construction of houses. 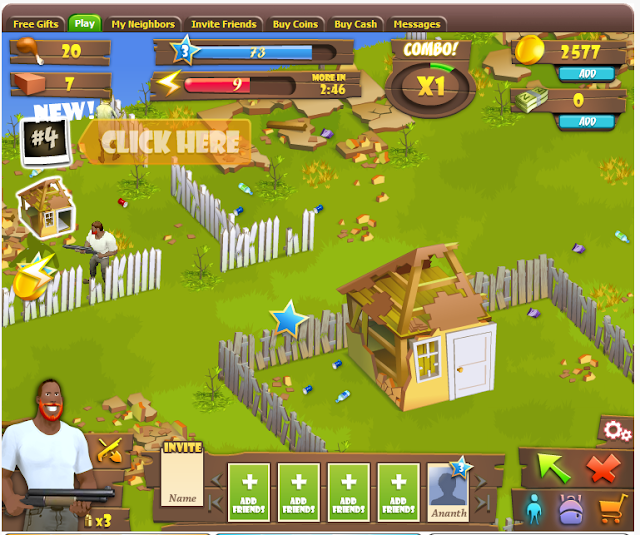 
I was badly in need of more coins to complete my target. My blood thursty hunt for zombies went incessantly. 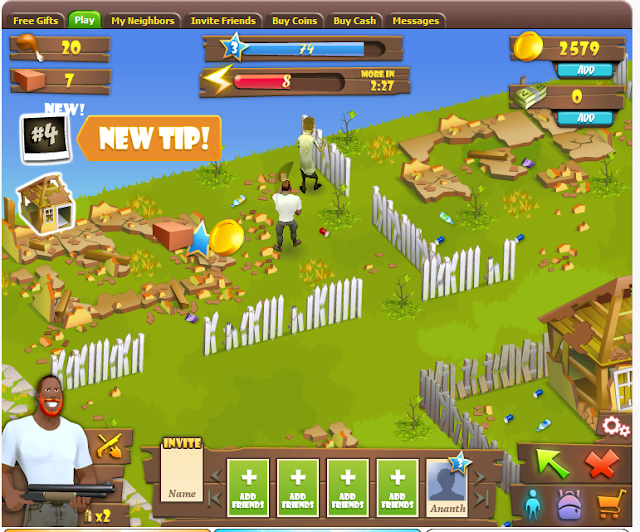 I was so eagerly shooting all zombies and I ignored those new tip pop ups. 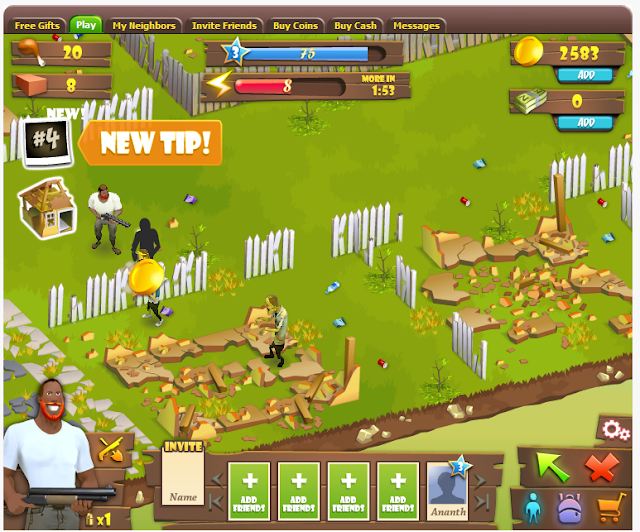 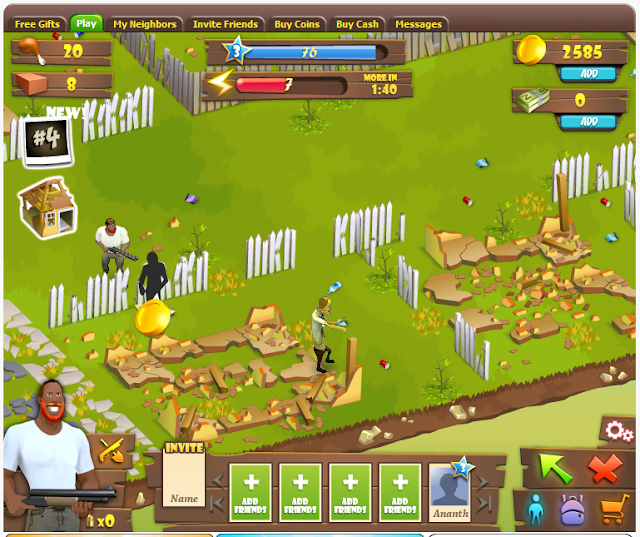 At one point of time My trigger betrayed me! I was out of ammo. 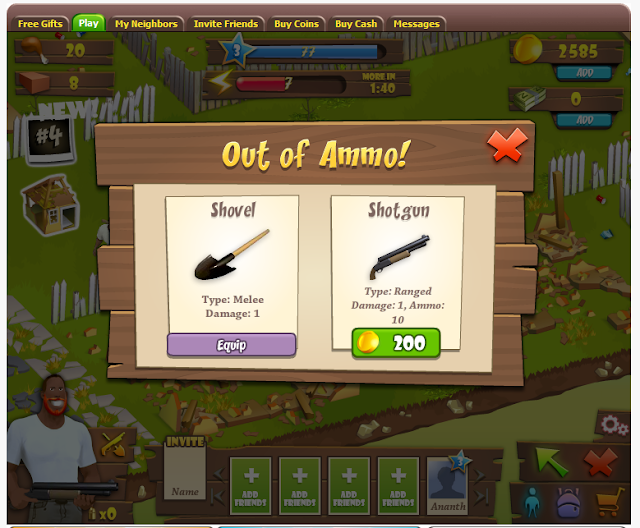 'why should I spend another 200 chips for a shotgun, especially in recession time like this?' and I preferred a shovel.

I was cleaning my city and I was passionate about it. Especially with shovel you gotta hit it before it hits you. 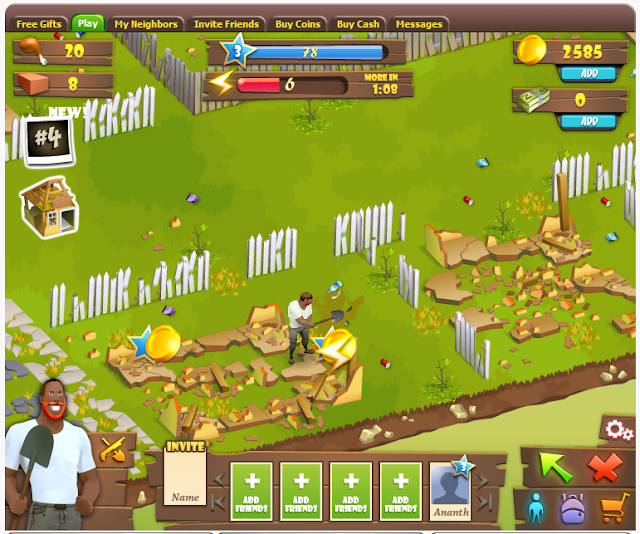 
I cleared my level in no time and I had my town clean. With natcha thira jenanlil vanam etti pakuthu BGM I started clearing all levels in no time. 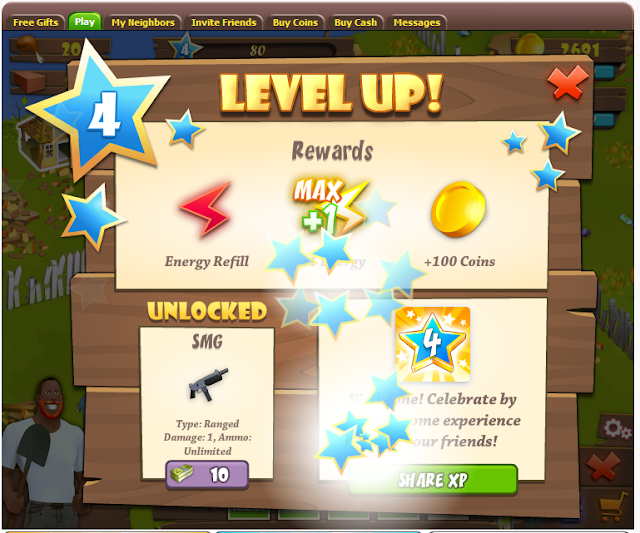 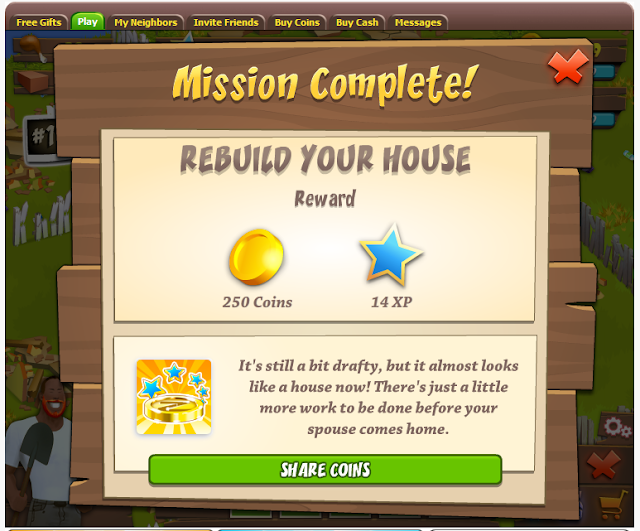 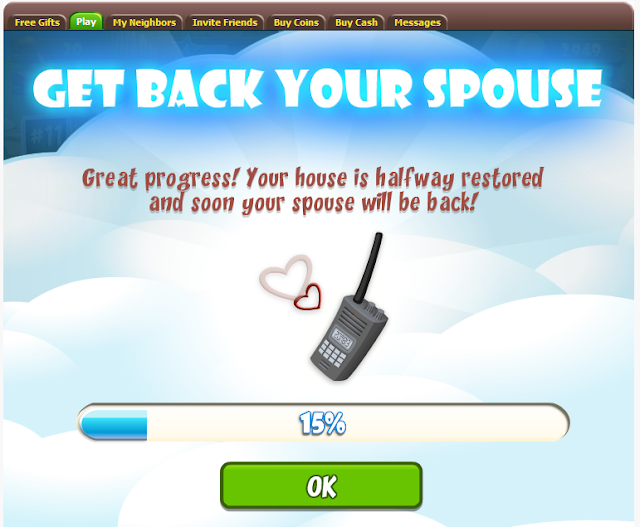 WTH!!! I kinda thought I was already with her. Affairs and relationship was always a milestone to me!!!

I still got 85 percentage of the game to be completed to see my Spouse. I was confused whether to start killing zombies so that I can built my house and sauce my spouse or should shut the fish of my PC and get back to work? 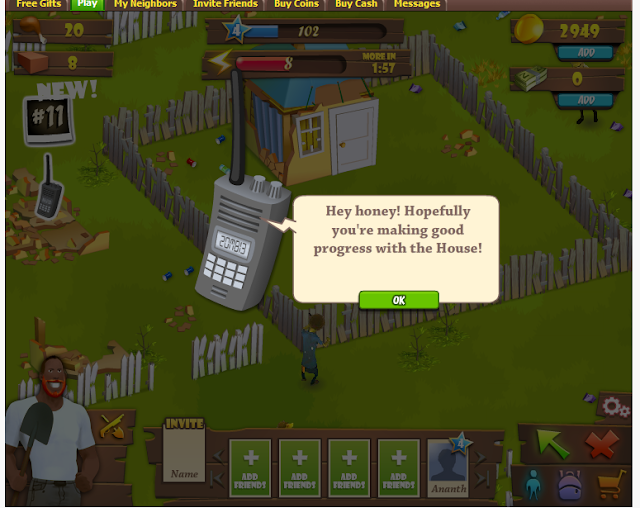 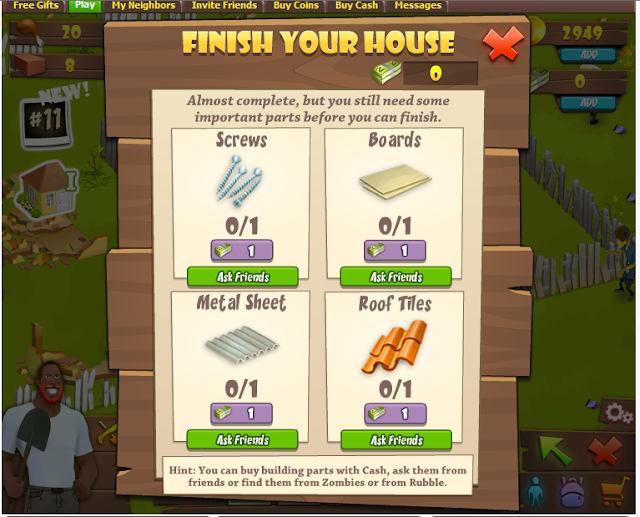 Where would I go for these accessories???

I didn’t wanna ask my friends. I had ditched many of them in their shitville. I wouldn’t dare to ask them.
I got another alternative. Killing a zombie would fetch me with chips by which I could get those accessories. My hunt for zombies started. But I was moving at a snail pace and I had no shot gun with me. I was confused what was happening to me. Later I got a pop up message that I lack energy and I need to refill. 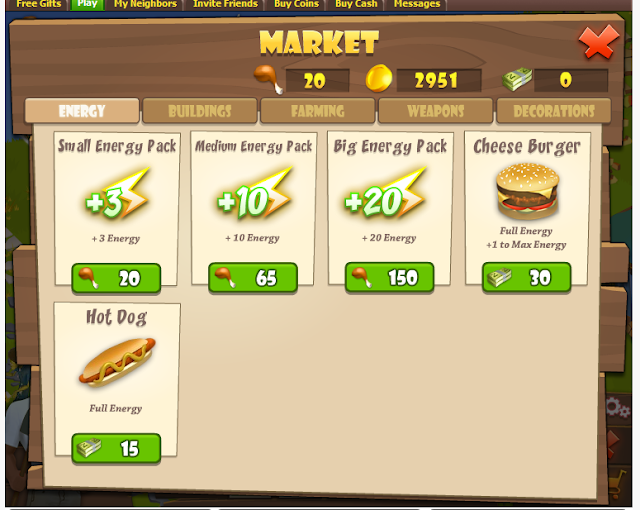 I hate hot dogs in general and hence I preferred a cheese burger. 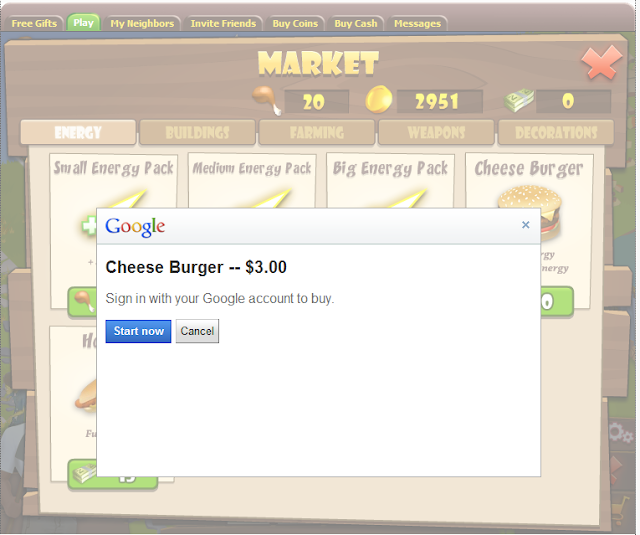 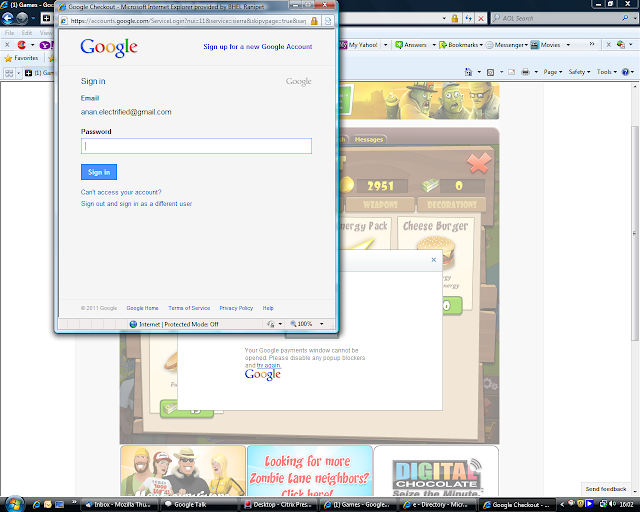 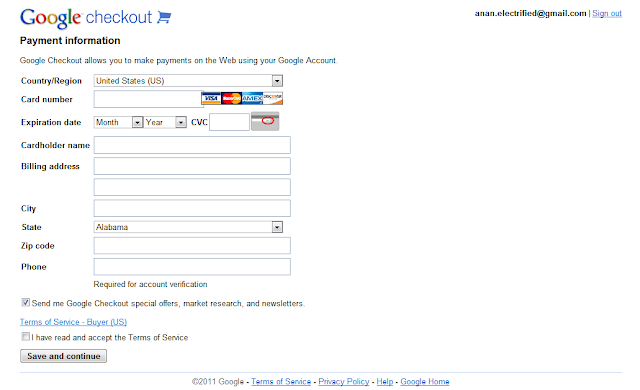 Without further ado I closed the window. 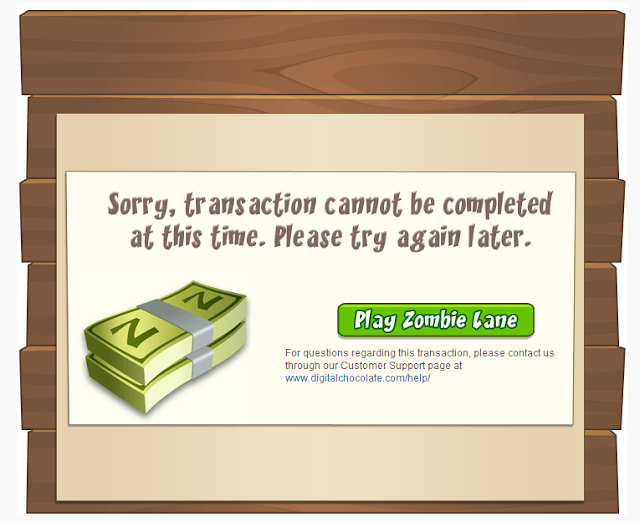 That was the height of humiliation on would have ever got and I stood first in that queue.

That was how I hated zombies. 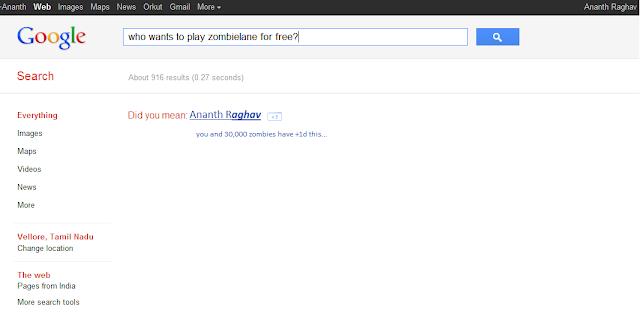 Moral of the story: please stop expecting moral in all stories.