GOD? The word followed by a question mark means a lot.

What is a form followed by the function Where? And inadequacies in its evidence fosters atheist to fulminate against theistic annotations.

What if you can see God and get her blessings? What if the phenomenon of Fatalism is proved for its existence? What if humans were given the powers to select god and then worship her?

I write this blog as a souvenir and based on guided information. Other ludicrous drivels are just some of my musings.
TYPOS ARE REGRETTED

Kumari is a living goddess. She is believed to possess Kali in her.
Now who is this Kumari?

Shakya caste of people are closely related to Kali. Any girl from Shakya caste will be selected through various process of testing and she will be considered as living Goddess. She is made to stay in Kumar House and not allowed outside except in times of festivals. She is believed to possess kali in her and people will praise her as god until her first menstruation. After that she loses her purity and Kali no longer stays in her as they believe. She will return back home and unite with their family.

What kinda selection process it is?
The selection process is conducted by five senior Buddhist Vajracharya Priest. They are called the Pancha Buddha and I am not sure Whether Bodhi Dharman falls under any of its category and Kodambakkam leaks says Murugudas is planning to venture 8th sense with Kumari as its protagonist with Sun Pictures featuring and TR’s music. TR has already started his africa composition with his hands and thighs as membrane and beard for percussion. I am sure he is perfect percussionist.

On the eve of 8th birthday 32 test were performed on Girls belonging to Shakya caste as a preliminary round.

She must be in excellent health, never should have shed blood or been afflicted by diseases. She should be a girl who never lost her teeth (please don’t ask about her milk teeth cos I donno).

The guide was excited when describing her selection process,

Body like banyan tree (I have no idea what it means)

Blah blah….. his further euphemistic exclamations and metaphorical retorts sounded familiar to me. Yes Director Bhagyaraj would describe her heroine in his movies in one of its kind!


Black hair and dainty hands could boost her with extra marks.

The selected candidates were further filtered with their horoscope. It was more or like a rejection panel.

Finally a few picked out candidates were checked for serenity and fearlessness in the selection finale. On the “ kalratri or Black night” (of course all nights are black only) the finalist were taken into taleju temple and released into a courtyard where 108 buffaloes and goats were sacrificed. The most terrifying test is she has to spend a night alone in the courtyard. (if 6 to 7 guys were present they would have started with their Dhum Briyani preparation). If she is not showing fear then she is selected as Kumari.

She is neither allowed to leave the house nor to let her feet touch the ground.

Once in a day she will show her presence through a window to all devotes and taking her photograph is considered as a criminal offence.

The bald headed guy with gasconading gesture was our guide. This fervent guy was too exited about his eloquence and at one point of time we lost our interest and he stood like a Banyan tree with “ Yaaru illa kadaiku yaaru da tea aathura ” annotations. 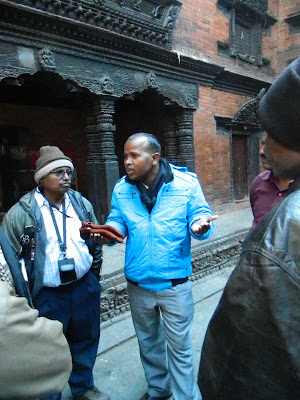 it has always been a strange fetish in doing the don'ts 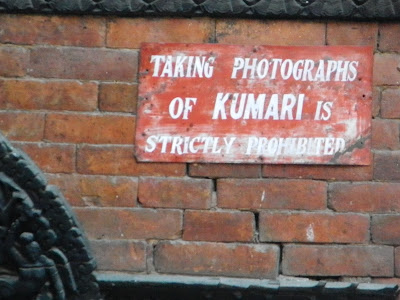 This will be her house until she loses her purity. 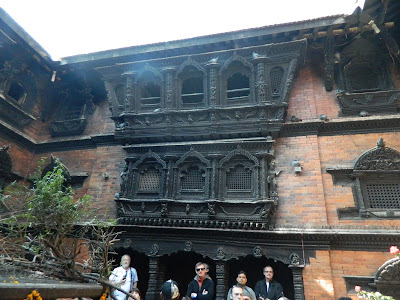 I tried to peep into her room with my 21 X optical zoom. 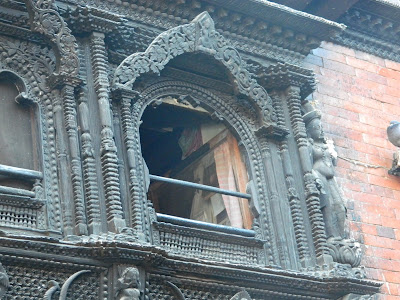 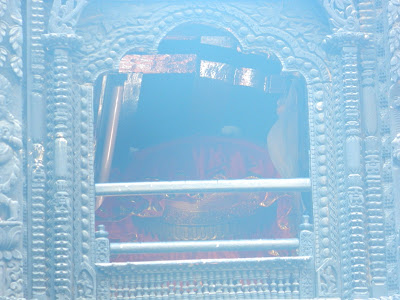 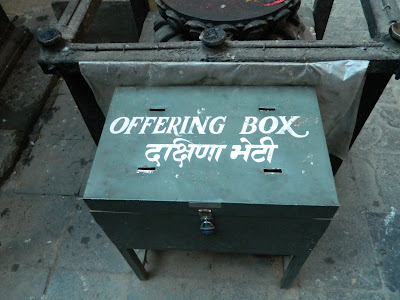 Ok! I accept it was a bad photography. 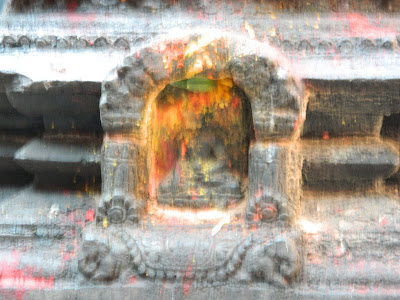 ﻿
Hibiscus syriacus exclusively grown for her. 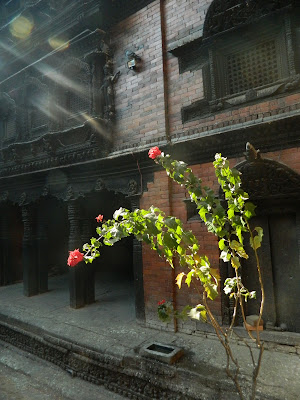 The place where she flaunts her presence biennially 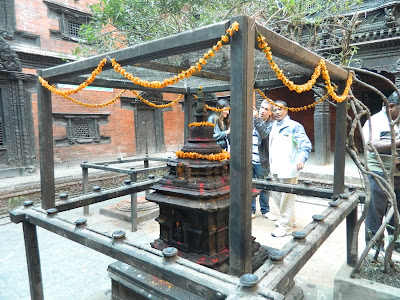 I left the place sadly as I couldn’t see a girl who is portrayed as living god.

But when I reached the road I saw a road side shopkeeper selling some images as a commercial by-product. To my astonishment they were selling kumari’s photo for money. Later I was consoled by the shopkeeper that she was ex-kumari and currently she was married with two children. 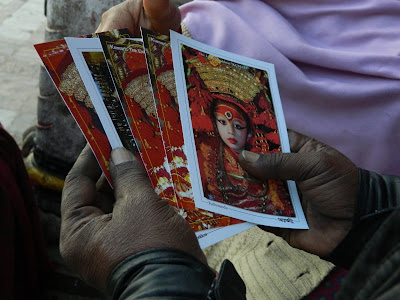 I took a snap of the snap and left place swiftly without listening to what the shop owner was chiding.

PS: I was immediately surrmounted by a battalion of military personnel with our Indian made Self loading Rifles(SLR) as I was accused of taking Kumari’s photograph.

Alas with my power of eloquence i convinced them for a Facebook Wall Pic. 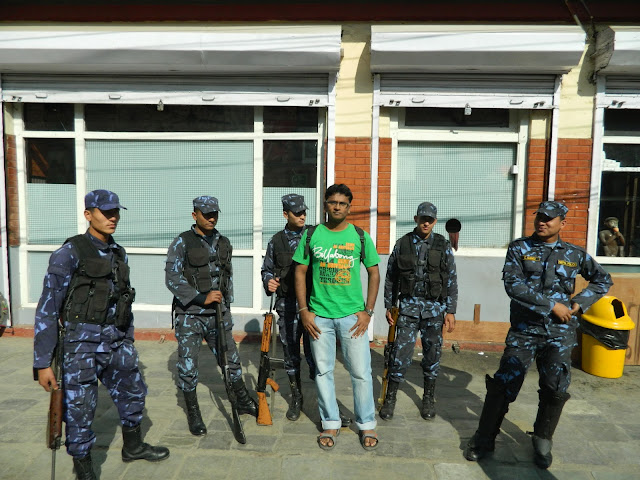