I am not sure who said this, but I can be so sure that this guy is a real geek with his anologies of litotes with பயிர்’s or whatever it is and I am just reciting his litanies.

If I remember correctly there is famous dialouge in a tamil movie stating the difference between a ring and THALI(auspicious thread for marriage in hindu customs). " We trial the ring but not the thread before buying "

But this blog is not about a Thali but a ring, a wedding ring. A Swedish ring. A carrot ring maybe.

Lena Paahlsson(dependant of husbandry) a Swedish consort taken off her white golden ring on a Christmas eve for baking her cakes in 1995. Unfortunately she lost her ring on the same day from the kitchen counters where she placed it.


She couldn’t identify its hideout even after pulling off her floorboards in the search. Paahlsson and her family gave up searching after months,

That was until October of this year, when she was picking her carrots in the garden. To her astonishment she was startled to one of her carrot glimmering. 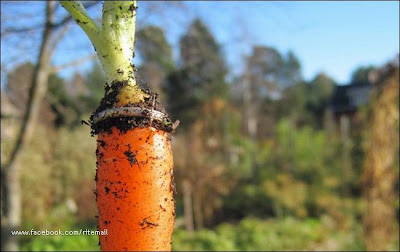 She was flabbergasted when she found it again after 16 years circumscribing a carrot grown in her garden.

The family reckoned the ring might have fallen into the sink back in 1995 and been mixed with potato peels that were composted or fed to the sheep, since all the soil in the garden comes from composted vegetables and sheep dung.

The ring doesn’t fits Paahlsson, but it doesn’t matter.

Maybe we should pardon her grammar. 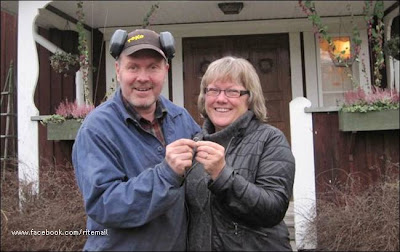 PS: Plagiarised from Rite mail or diplomatically speaking inspired from

PPS: thank god there wasn’t any bugs bunny to filch the carrot.