HOSTEL DAY2010
The day I shouldn’t forget in my life time. It is suppose to be CEG SPARTANZ’s (CEG VARIETY TEAM) last performance of the academic year 2010 and the last Batch which started it. 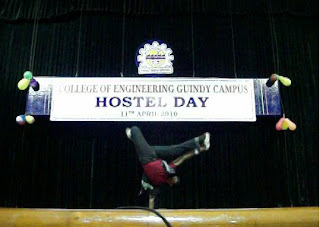 Yes we did it in two parts. This was not like our normal variety shows of what we did in Techofes10 and others. We decided to prepare it in such a manner that it should be THE BEST of Spartanz.Our performance was a variety dance and a mime. 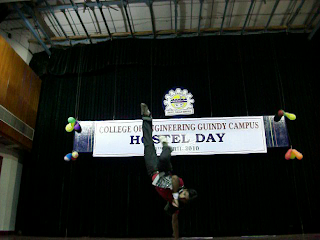 Dance choreographed by Ananth final year EEE student was the announcement given by MC Balaj Prasanna of GI final year student. There was a hell lot of applause from the girl’s side for me. I just went so cracked that I got so many fans from girl’s side. 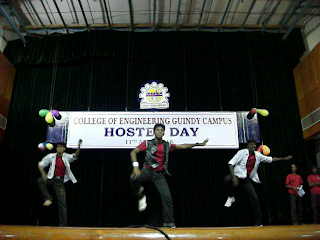 I got exited to such a level that made me to forget fewer Steps in dance. People rocked the Vivek audi for our michael jackson steps. The crowd got moved by our nakka mukka song where I was over excited to such an extent that I rammed the floor so hard that it created blood clot in my hands. The whole crowd rocked for en uchi madaila song….. 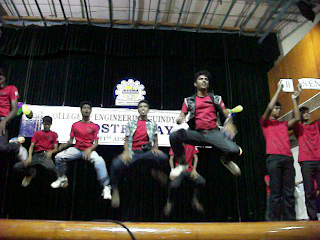 It was a different mime specially dedicated to final year students. A sequence of all semesters starting from one to eight, a complete overlay in 4 minutes. 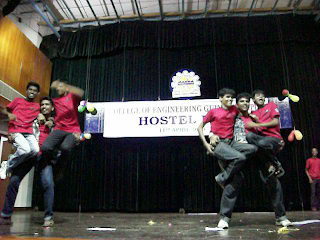 Like for the first semester we were ignorant and studious worming in our books. After first sem results the college gets split up into two groups as 7 pointers and 9 pointers. During their second semester 7 pointers are distracted by adolescent freaks while 9 pointers remain stable and studious.7 pointers were moving with their pairs for the rest three semesters not knowing that they are getting affected. After fifth semester 7 pointers realize that they are drenched with lots of arrears even in simple subjects like EG, EMECH, POM, TQM, FOC etc...,, 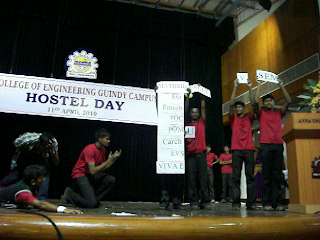 They became ashamed and started to get indulge in drugs, later they try to to commit suicide.
That’s the time were 9 pointers get into the frame to help out those old friends to clear all their arrears in 7th sem. In their 8th sem all of them got busy with their projects, placements, vivas etc....
Dean and VC were laughing like anything for un mela asathan song. All final year students were almost crying for our show especially for the song manesae manesae manasil baram ....
It was a very nice and good experience of me to get to know my fans in a crowd like that.... am completely satisfied and saturated..... Dean wished me through phone for our splendid performance....we thank our juniors who sincerely worked day and night for such a fruitful outcome..... 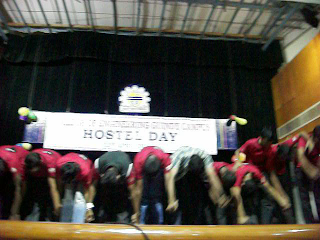 That’s the legacy of CEG SPARTANZ