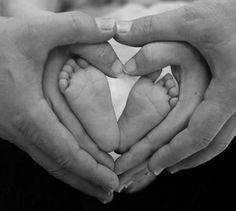 In a Parent Teacher Association meeting a teacher complained about her 5th grade student.

Teacher: I asked a question about the weight of the globe to the class and a boy answered me “the weight as on date is thirty kg more than what it was a year back”. I was puzzled and further questioned him. He said the weight of the earth got increased because my weight was increased by thirty in the past one year.
The whole crowd burst to laughter.

Teacher: There is nothing to laugh at it. I reprimanded him at once for his in disciplinary remark for which he started abusing at me. I wonder the way children are brought up these days.

Suddenly a mother in the meeting rose up from the chair in reflex and commented “Excuse me! We know our child and we are giving them the best we could. If still mistake happens then it is definitely at your end. Maybe students learn from their peers. But definitely not from their parents”.

The crowd nodded in unison.

Teacher: “Well in that case madam it was your son who was that in disciplined in my class littering the fellow students”.

She left the place that instant in anger leaving behind a huge silence. She went back home and thrashed her child for letting her down in front of other parents. The child was hurt and sobbed profusely.
Her mother was hurt badly after seeing her son crying. It took some time for the whole scene to settle down. After dinner the mother, father and son laid in their bed for sleeping.

Son: Did I let you down today? Is that why you were mad at me?
Mother: Didn’t I brought you up well right from your birth.
Son: Yes ma.
Mother: I had taken good care of you even before you were born.
Son: How would I know about those happened before my birth ma?

She exhaled and started narrating a story.
Mother: It was June 1988 when your father and I went for baby-moon.
Son: What is baby-moon?
Mother: It is a sequel to honeymoon except for couples go during their 5th month of pregnancy.
Son: why do they during that time?
Mother: Well the fetus inside the womb would be matured enough to perceive the real world vicariously through the host.
Son: What?
Mother: Well the baby can feel, hear and even see, as they say, at that time. In Mahabharata Arjuna trained Abhimanyu for getting into chakra vyuha when Abhimanyu was growing inside his mother’s womb.
Son: Oh! So what happened during our baby-moon?
Mother surprisingly smiled at her child mentioning ‘our’. She replied back “We went for ooty. I still remember how freshly chill the climate was. On the very first day we went for garden. I was unable to walk further as you started adjusting yourself inside. It was very painful and I had to sit down near the security guard”.

The son frowned out of guilt and his mother brushed his hair with a smiling face saying, “It was not your fault dear”.
She continued “During those periods woman will be hyper sensitive to all feelings be it happiness, sadness, anger, pain etc. I requested the guard to share his seat and he granted. Your father asked me to join him but I refused a couple of times. Then he left me assuring my safety with the guard”.
Son: Why did dad do that?  He could have cancelled that day’s plan and stayed with you?
Dad groaned in half sleep “is this the kind of bedtime story you narrate to our son making his own father a villain?”

Mother laughing at the expected questions from both the ends she continued narrating. “It was not his fault. Your father has sacrificed a lot for me. He is an industrious man and hates secluding to being motionless other than eating and sleeping. So I willingly let him continue his visit”.
Father exhales and turns to other side of the bed to his comfortable position.

Mother: But the moment when your father left, I was inundated with mixed feelings. I was afraid and scared of being alone carrying you in an alien place. I was perplexed with several contingent questions asking myself what I would do if something happens to me at that moment. I wish someone was nearby to say “you will be safe”. I cursed myself for letting your father go alone. He actually got lost in the garden maze and took him sometime to return back to me along with security escorts. His anger and my cry changed the entire mood of the day and we returned back to home the same night. I wish I had seen the place myself.

Father rolling from the other end of the bed “and that’s the end of the story. Tomorrow I will tell you another story about a wife beating her husband with chapatti roller”.
Everyone chucked and left for sleep.

25 years later…
The boy was married and his wife was five months pregnant. His parents insisted him to go for a babymoon to some place as a change of mood was essential for both the mother and the child. The boy realized that it was time for him to be good father as well as a good son. He wanted to fulfill all the unfinished desires of his parents only when they are hale and healthy to perceive it. He took the whole family to ooty.

The boy was so adamant that the first itinerary in the trip was ooty garden. He took the whole family to the garden. The moment they entered, the girl got cramps in her stomach. She couldn’t move a step and hence resorted herself to a chair nearby. The guy understood her pain and decided to stay back. He could. Some activities are hereditary and Geo tagged.

This incident reminded mother of her situation a couple of decades before and hence decided to stay back. The unfulfilled wishes of three people was put to task like the three vertices's of a triangle trying to touch each other without deforming its shape. The father wants to see the garden at least this time but unwilling to go alone. Mother wants to accompany her husband but unwilling to leave her daughter-in-law to face the same suffer she underwent. The son did not want to leave his wife alone but he wants to fulfill the wishes of his parents.

Son: “Ma, you and father go to the park. We both will be waiting for you here while you return”.
Mother: “No I don’t want to leave her alone in this situation”.
Father: “Me too. Let us take her to the hotel and give her some rest”.
Son was confused at the situation. But he was sure of one thing. Not to call off this trip.
Son: “Ma, You stay with her. I will go along with dad”.
Father and Mother: “But?”
Son: “You know how to take good care of her. I trust you”.
Everyone smiled at each other and father and son went inside. Son, after a few steps, came back to his wife. He brushed her hair and said “you three better be safe”. He smiled and went back into the garden.

She looked at his mother in confusion. Mother smiled at her in return.